At the volunteer centre we’ve had our usual mix of volunteer groups and jobs in different sites this year, but our main work has been the first stage of a large project that we’ll be working on over the next couple of years, building a sheep fleece path on the route leading from the top of Stake Pass to the Langdale Pikes.

Whilst a sheep fleece path sounds odd it is a recognised technique that we’ve used before (but not for a few years) and involves ‘floating’ a gravel path over peat bog by using the fleece as a barrier between the ground below and the path surface above, providing a very different path surface to stone steps.

We used fleece from a local farm and as it is very light we only needed a couple of helicopter lifts to get all we needed (for this year and the next) up onto the fell – although a little extra was also taken up by the fell pony society. 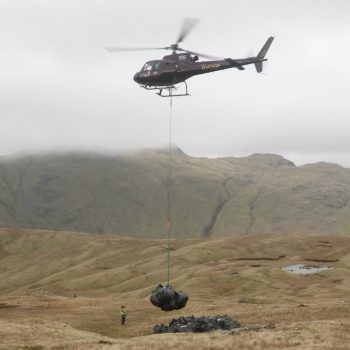 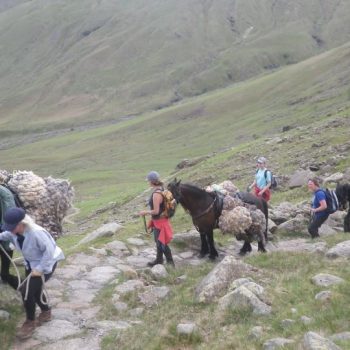 All the gravel for the path surface was sourced from ‘borrow pits’, pits dug to reach below the peat cover and access the stone and gravel layer left by glaciers. Despite their rather stark look, these pits can be closed up and landscaped back in at the end of the work. 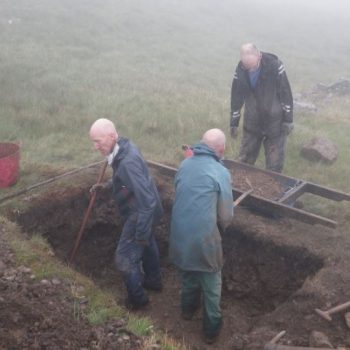 Digging out the borrow pit 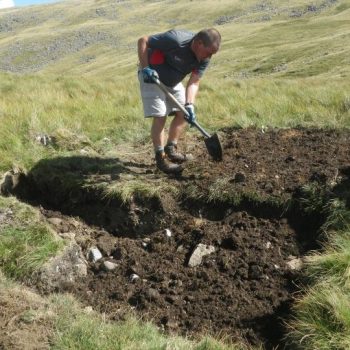 Landscaping a borrow pit, with turfs on top you’d never know it was there

While this technique is very economical material wise, it is by no means an easy one to implement and requires an awful lot of manual work. 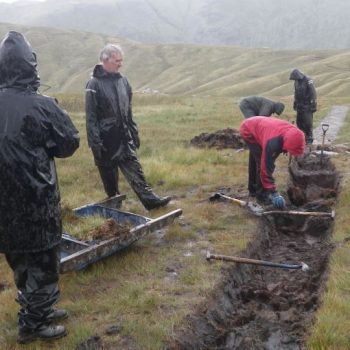 Digging the tray for the path

Initially a tray needs to be dug out for the path, along with the borrow pit. 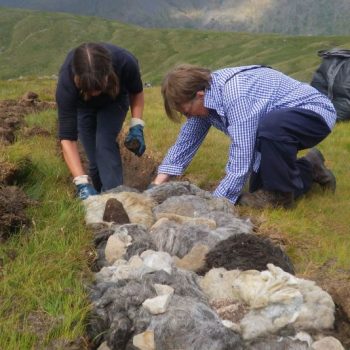 Laying the fleece in the tray 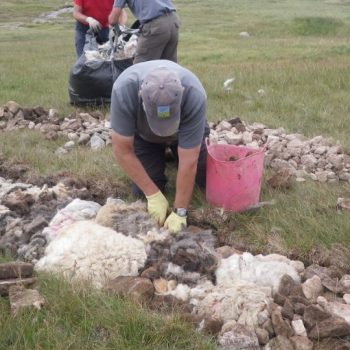 Weighing down the fleece with stone 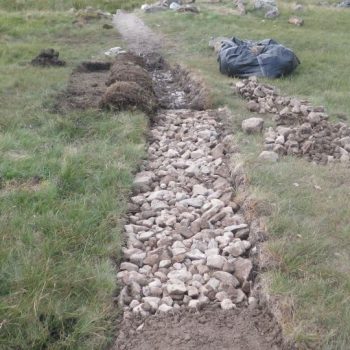 A section of fleece with stone layer 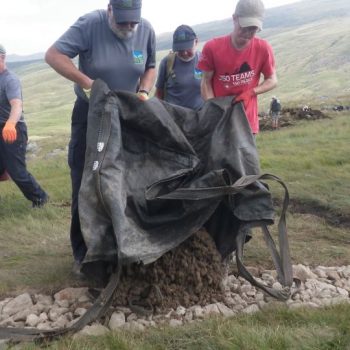 Putting the gravel surface on

You can now get on with the process of building the path – putting a layer of fleece in, weighing it down with stones and putting a final layer of gravel on top.

The path needs a drainage channel digging along one side to prevent water washing it away, along with installation of periodic cross drains. 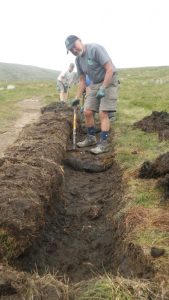 Digging out the side channel 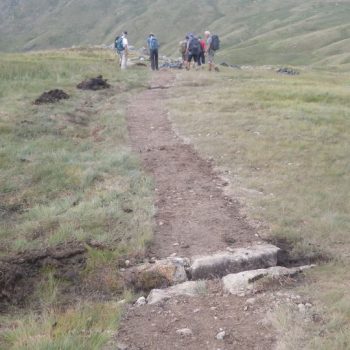 A completed section with side channel and cross drain

When you’re done building, all the turfs dug out of the tray need to be used somewhere and the borrow pit needs to be closed.

So we need to say an especially big thanks to the Fix the Fells volunteers for returning to the site with us over the summer and providing the many hands to make, if not light work, at least continual and good progress on the job.

With a big push from a National Trust working holiday towards the end of the season we managed to finish the first stretch of this path. 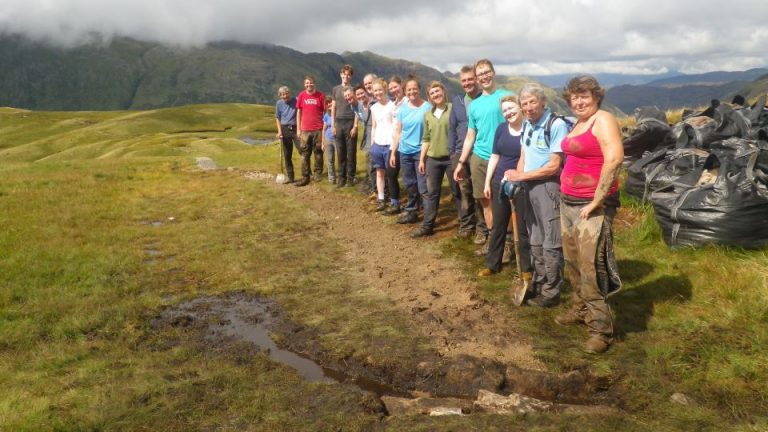 We’re pleased with progress so far on this job and now we’ve reminded ourselves how to do it are looking forward to returning next year!