It’s that time of year again and work has now officially started on this years upland path repairs. Our biggest project this year is repairing both the footpath and the bridleway that lead up to Boredale Hause which is a joint project between the Central Lakes and South Lakes upland ranger teams.

Work started towards the end of March by filling heli-bags with stone above Kirkstone Pass. 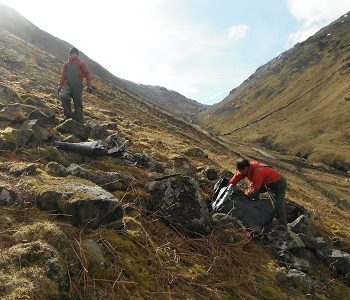 Due to the amount of rock required for the repairs (over 380 bags), we gathered rock from a second site at the end of Grisedale valley. Both rock collection sites are a good distance from Boredale so moving the rock was a long drawn out affair. The helicopter took roughly six minutes between each drop, which is two or three times longer than the average lift. 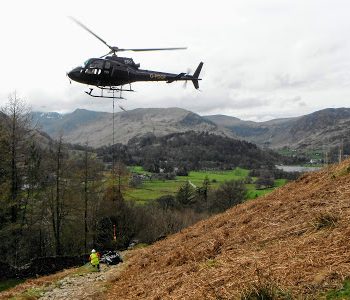 Moving the stone to site

Once all the rock was in position, it was time to start on the repair work. The South Lakes team started on a lower section of the bridleway and we positioned ourselves higher up the path. All the photos are of this higher section. 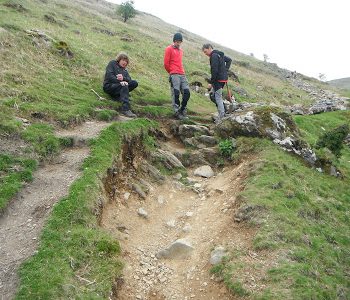 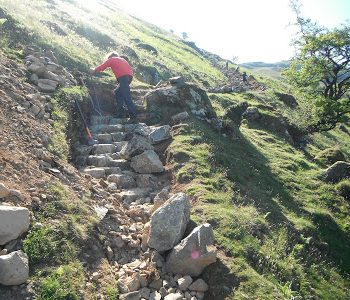 As some of the repairs are on the bridleway, the Lake District Mountain Bike association was consulted for suggestions to make the path more easily passable on bike. It was decided that any undamaged stone culverts (underground drains) would be left in place and additional stone drains would be designed so that they could be circumnavigated. 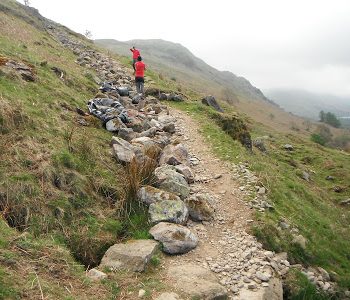 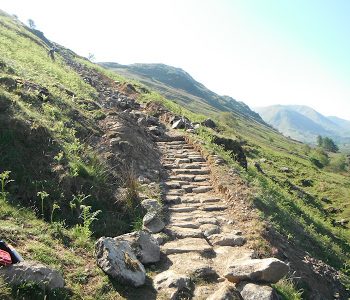 We’ve only been working on the path for about two weeks at present so there’s still a fair way to go, but you can see we’re starting to make progress. 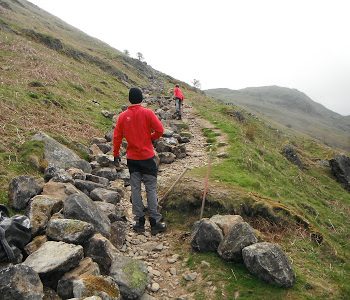 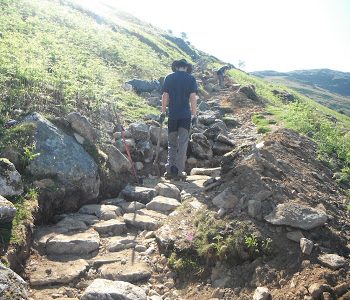 To make the path easier to walk and ride on we’re, as usual, trying to meander the path through the eroded area, this helps reduce the gradient and makes the step height a little lower. 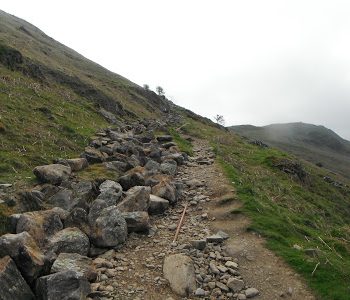 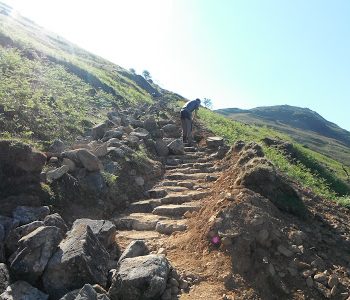