Two decades on, Fix the Fells work is needed more than ever, says National Trust 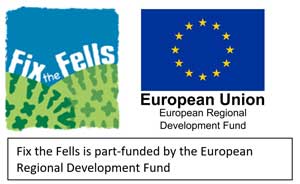 Today, Wednesday 18 August, marks the 20th anniversary of Fix the Fells, the organisation set up to protect the landscape and wildlife in the Lake District mountains.

Recognising that something had to be done, several Lake District organisations got together to seek funding from the Heritage Lottery Fund.  The bid was successful and led to the formation of Fix the Fells in 2001[1]. Since then, nearly £10 million[2] has been spent on repairing hundreds of paths and erosion scars all across the Lakes to protect the much-loved scenery and precious wildlife.

Over the last 18 months, as a result of the pandemic and more people holidaying at home and visiting and enjoying the Lake District, erosion levels have increased, with the work done by Fix the Fells needed now more than ever.

With £500,000 spent in a typical year on repairs, and with every metre of path costing £150 to create, Fix the Fells needs donations to help repair paths damaged in the last 18 months, as well as fundraising for on-going maintenance and repairs.

Fix the Fells Programme Manager Joanne Backshall says: “It’s hard to imagine how some of the fells would look today if we hadn’t been able to start protecting this very special area of Britain.

“Some of the biggest challenges we’ve tackled over the past 20 years include the popular paths in the Langdale and Wasdale valleys, as well as the many mountains around Coniston, Grasmere and Keswick, which are all showing signs of increased use and resulting wear and tear since the pandemic began.

“Even over the last two decades we’ve started to see the impact of climate change.  Heavy rain can damage the landscape by washing away large quantities of bare soil and stone and depositing it in rivers and lakes below.

“Combined with the human impact of thousands of feet tackling the hundreds of miles of paths across the Lake District, we need support more than ever to keep on top of the amount of repairs required on the upland paths.”

Fix the Fells relies on fundraising and grants to survive and carry out its vital work as well as funding from the European Regional Development Fund (ERDF 2019-2023).  The partnership fixes and maintains 350 paths covering over 400 miles[3] of paths across the UNESCO world heritage site.

Joanne continued: “Our core aim is to protect the spectacular Lake District scenery and environment by repairing and protecting the upland path network and its precious biodiversity.

“Excessive erosion to popular walking routes doesn’t just leave a visual impact on the landscape it also affects wildlife.  Once vegetation is lost through erosion, soil and stone can quickly wash off the hillside. This general loss of habitat and degradation can affect rare mountain plants and animals already at risk and living at the very edge of their range.

“Degradation also has a harmful impact on the rivers and lakes below. Sediment washed off the hillside can cover the gravel in rivers and lakes used by fish to lay their eggs, reducing their breeding habitat. Sediment will also impact plants and insect numbers, which in turn will attract less birds.”

Joanne concluded: “We’re so grateful to all the donations we receive each year to help with our work. We want to raise awareness of the issues we are facing and encourage everyone to play their part in helping us protect these wonderful landscapes.” “Hopefully more people will now appreciate all the work that goes into maintaining paths across our precious landscape. They can help us look after this special place by sticking to the paths and donating to our essential erosion repair work.”

Richard Leafe, Chief Executive of the Lake District National Park Authority said: “Due to our changing climate and more erosion through intense rainfall, this vital maintenance work is needed on our high fells more than ever. We know how important the Lake District has been over the course of the pandemic as we have welcomed many new visitors over the past year. As more people come to enjoy all the health and well-being benefits the Lake District has to offer, we’re very grateful to our colleagues at Fix the Fells and the amazing team of volunteers for all that they do. Keep up the good work.”

Fix the Fells is a partnership programme between the National Trust, the Lake District National Park, Natural England, Lake District Foundation and Friends of the Lake District that has looked after and repaired upland paths in the area for 20 years to help protect the landscape and wildlife.

The National Trust is also helping in other ways through its wider conservation work with its Riverlands and Green Recovery Challenge Fund projects which both aim to tackle issues related to climate change. Through the Riverlands programme, the charity is investing £13 million with the aim of improving the health and flood management of eight river catchments across the country including the River Derwent and Ullswater in the Lake District[4].  This work includes slowing the flow of water as it moves from source to sea which also has an impact on eroding landscapes.

The conservation charity also has several projects underway thanks to £5.8 million of funding from Defra’s Green Recovery Challenge Fund which is funding eight projects across the country to include work on flood plains and tree and hedgerow planting and creation which will also be natural ways of slowing the flow of water to help prevent flooding and erosion of our landscapes. Both projects also aim to help connect local communities with their landscapes with a programme of workshops and events.

[1] In 2001, Rangers employed by the National Trust and Lake District National Park, as well as local contractors, worked to repair erosion scars.  Then in 2007, a volunteer scheme was added to support the work of the Rangers and this has grown in popularity ever since.
Fix the Fells currently employs 26 staff and has 110 volunteers who are out in the fells in all weathers, repairing erosion and maintaining the uplands paths and landscape. [2] Fix the Fells has been funded by the funding from the Heritage Lottery Fund, Rural Payments Agency and European Regional Development Fund over the last 20 years, together with donations and its own fundraising efforts. [3] There are over 2,000 miles of paths in total that cover the whole of the Lake District National Park.  Fix the Fells looks after 400 miles in the upland / mountain areas. [4] The other river catchments in the National Trust’s Riverlands programme are the river Conwy, Wansbeck, Porlock Vale, Bollin, Bure and the Cole.

Images and film footage of some of the work undertaken in the Lake District by the Fix the Fells team can be found here: 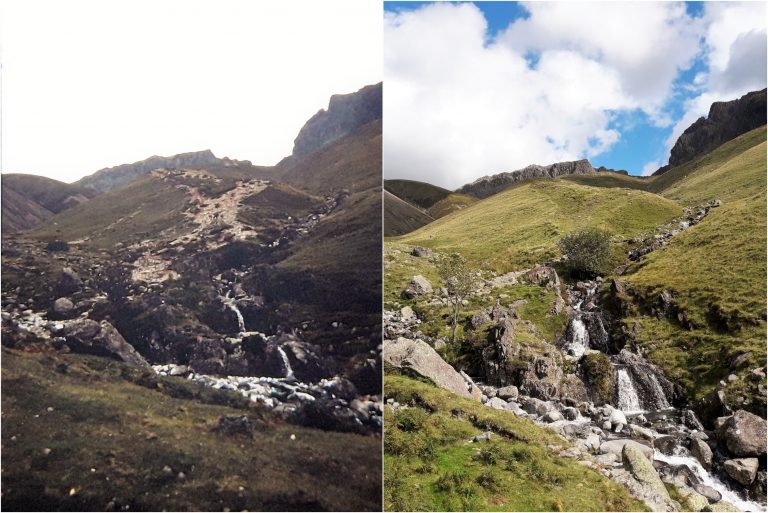 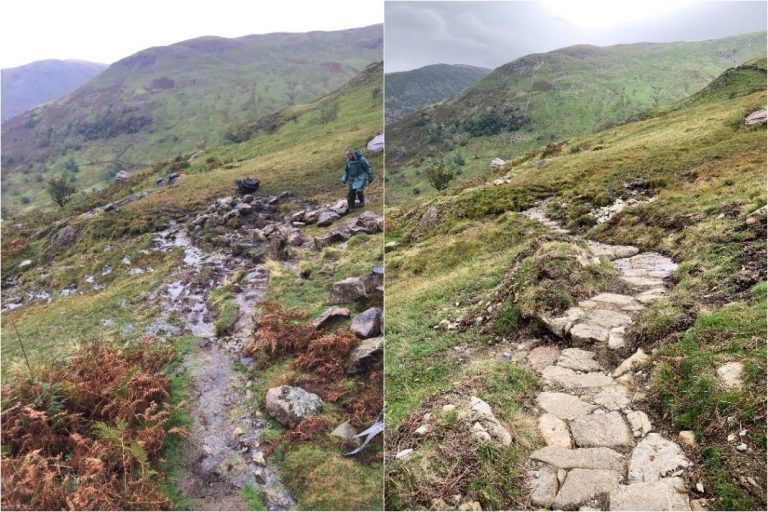