During June we focusing on more paths affected during Storm Desmond floods in 2015. Many of the projects are being funded by the Rural Protection Agency (RPA), who have granted money to allow works to be carried out.  The floods had destabilized sections of fell causing landslips and wiping out paths. The route around Grisedale Tarn which received significant damage was worked on by one of the working holidays.  A commendable achievement by the group as they worked in persistent wind and rain for three days on the fell.  A combination of landscaping, stone pitching, revetment, benching and drainage techniques were used repair the path and prevent further erosion. On the last day of the working holiday the weather brightened up for a drain run with Fix the Fells volunteers. 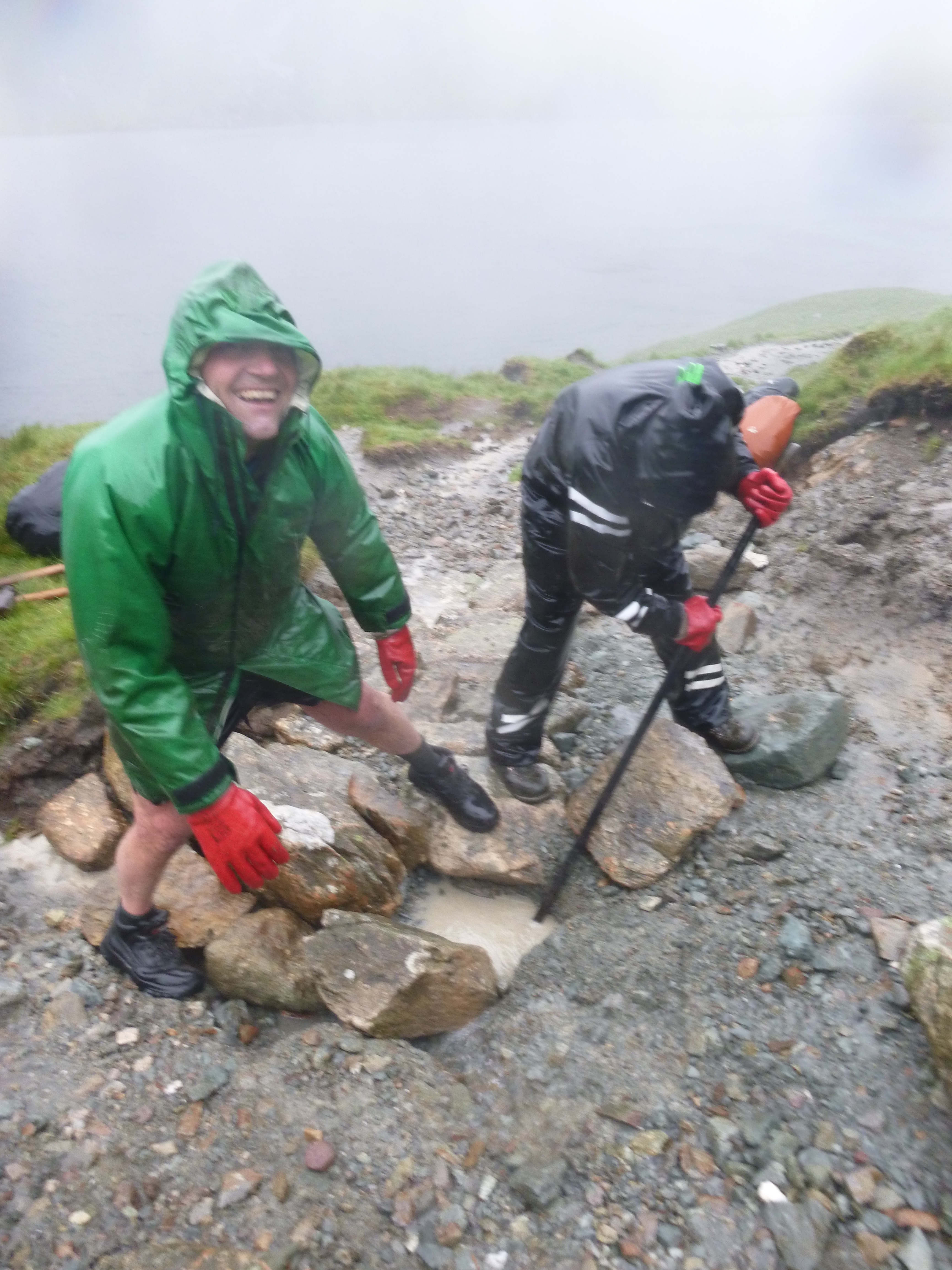 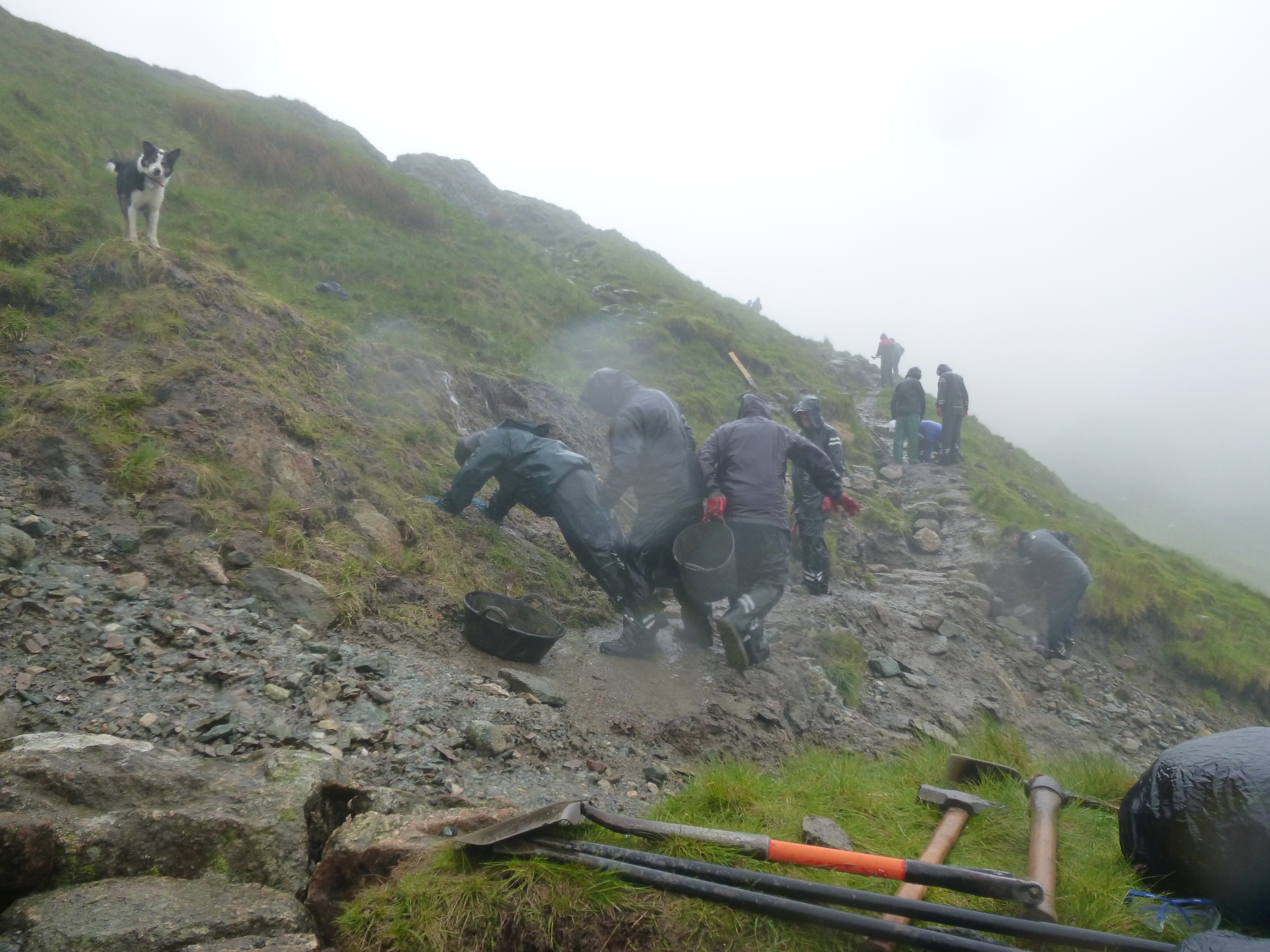 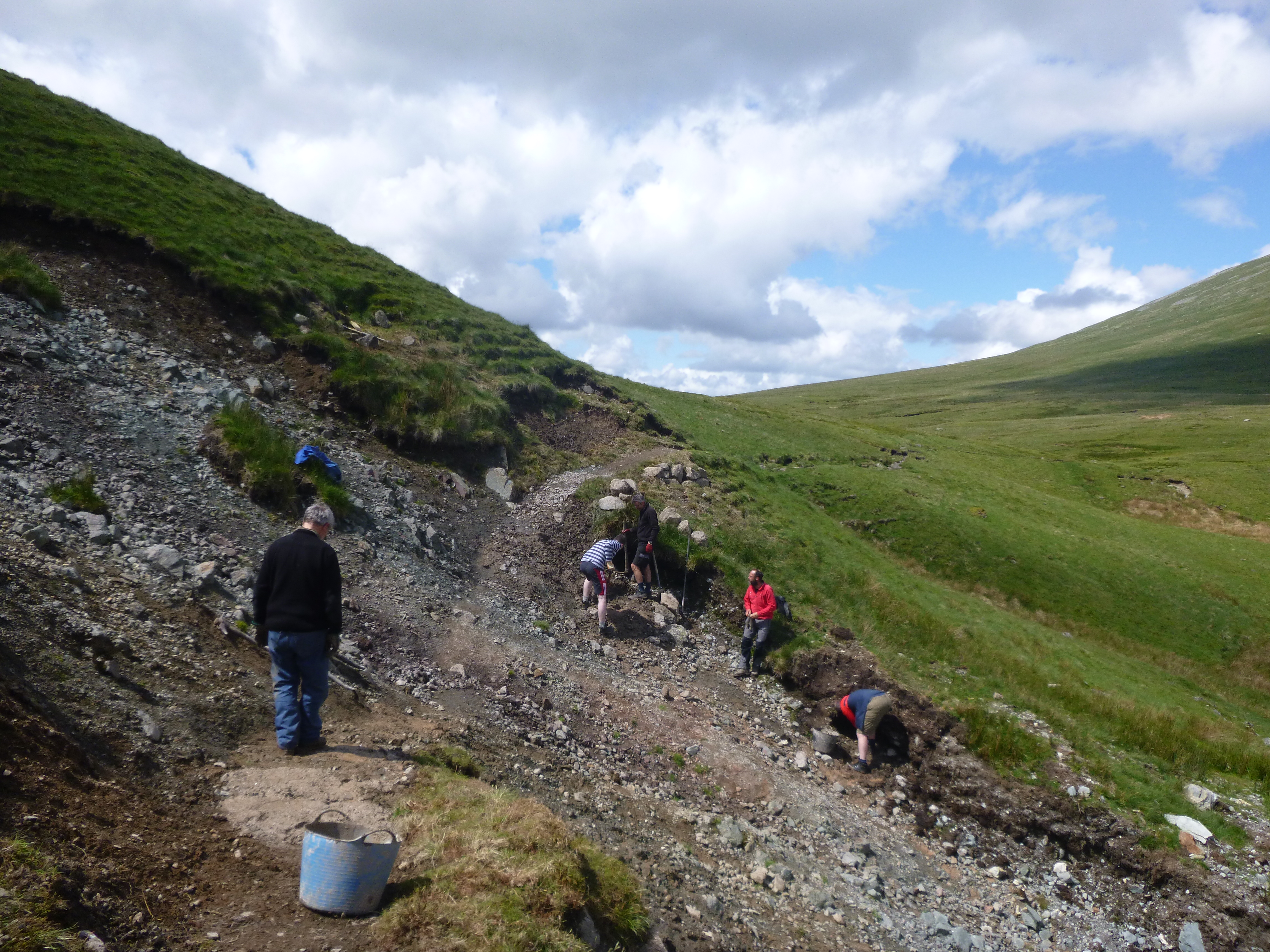 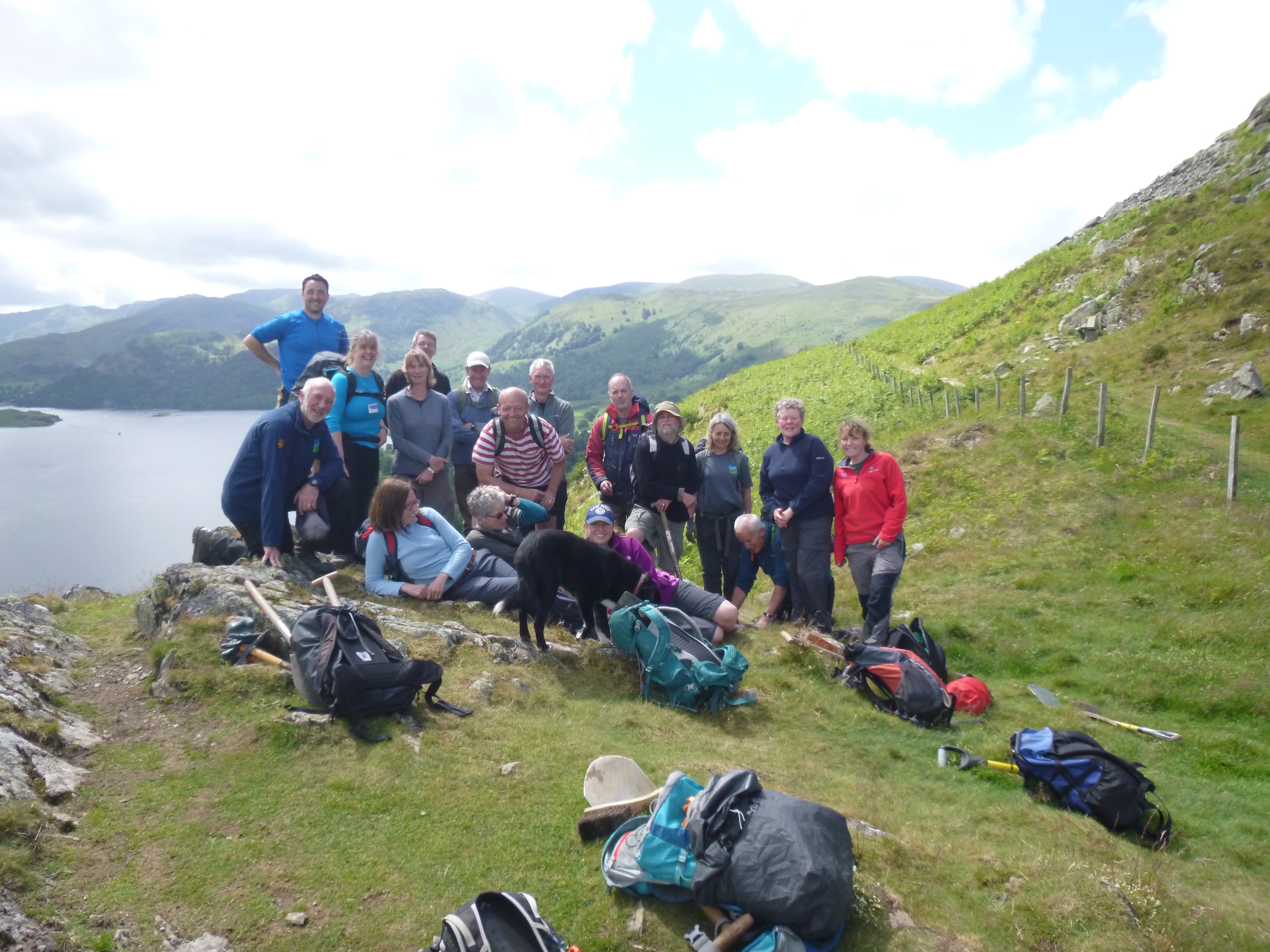 Outdoor adventure students from Kendal College had a taste of fell work in June, as they started pitching the path from Red Tarn up to Pike of Blisco.  This gave the team a great opportunity to inform the students about erosion and Fix the Fells project. Education also helps combat erosion as you increase peoples awareness, this knowledge can be passed on by the students to any clients they may be working with in the outdoor sector. 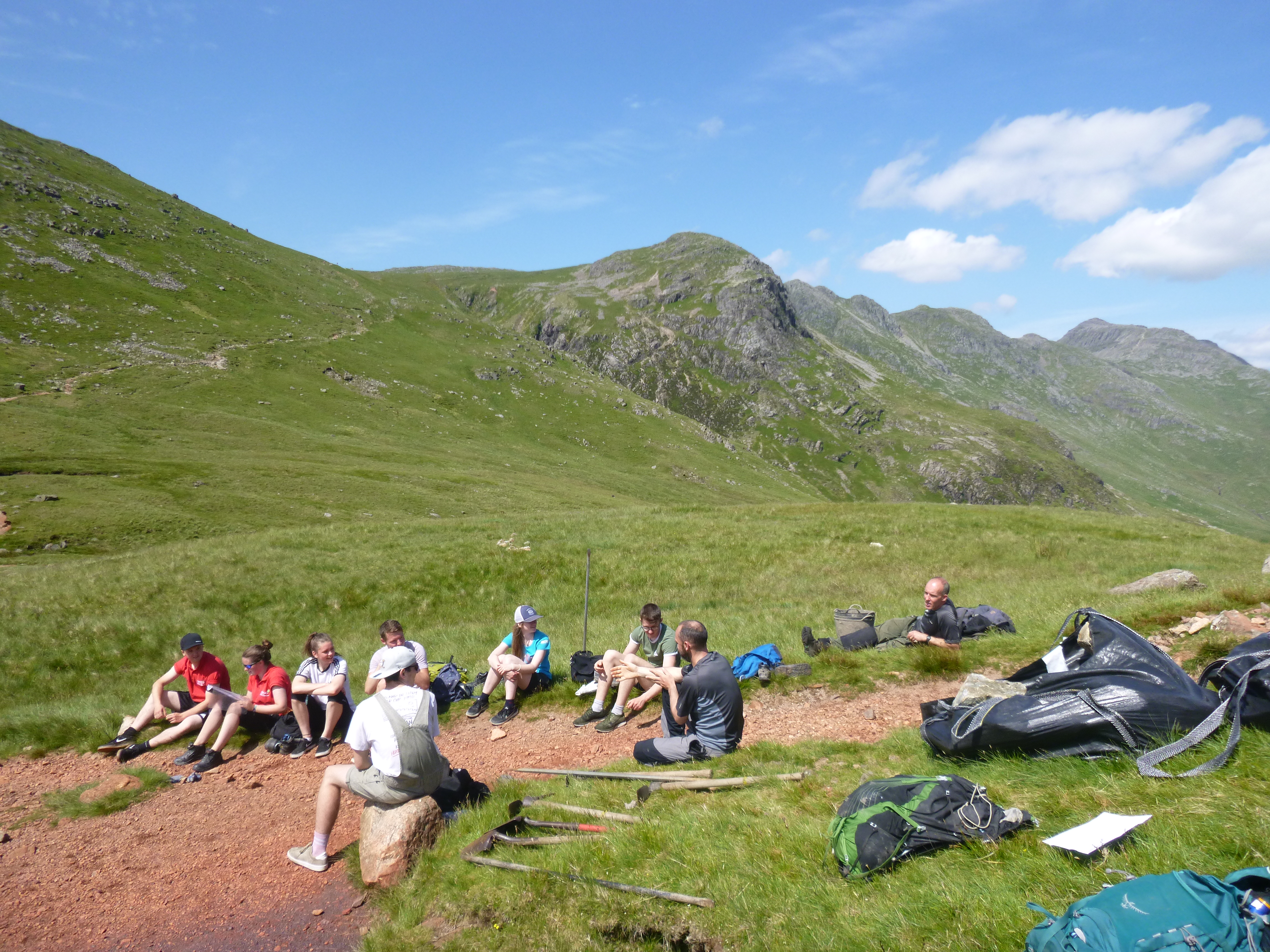 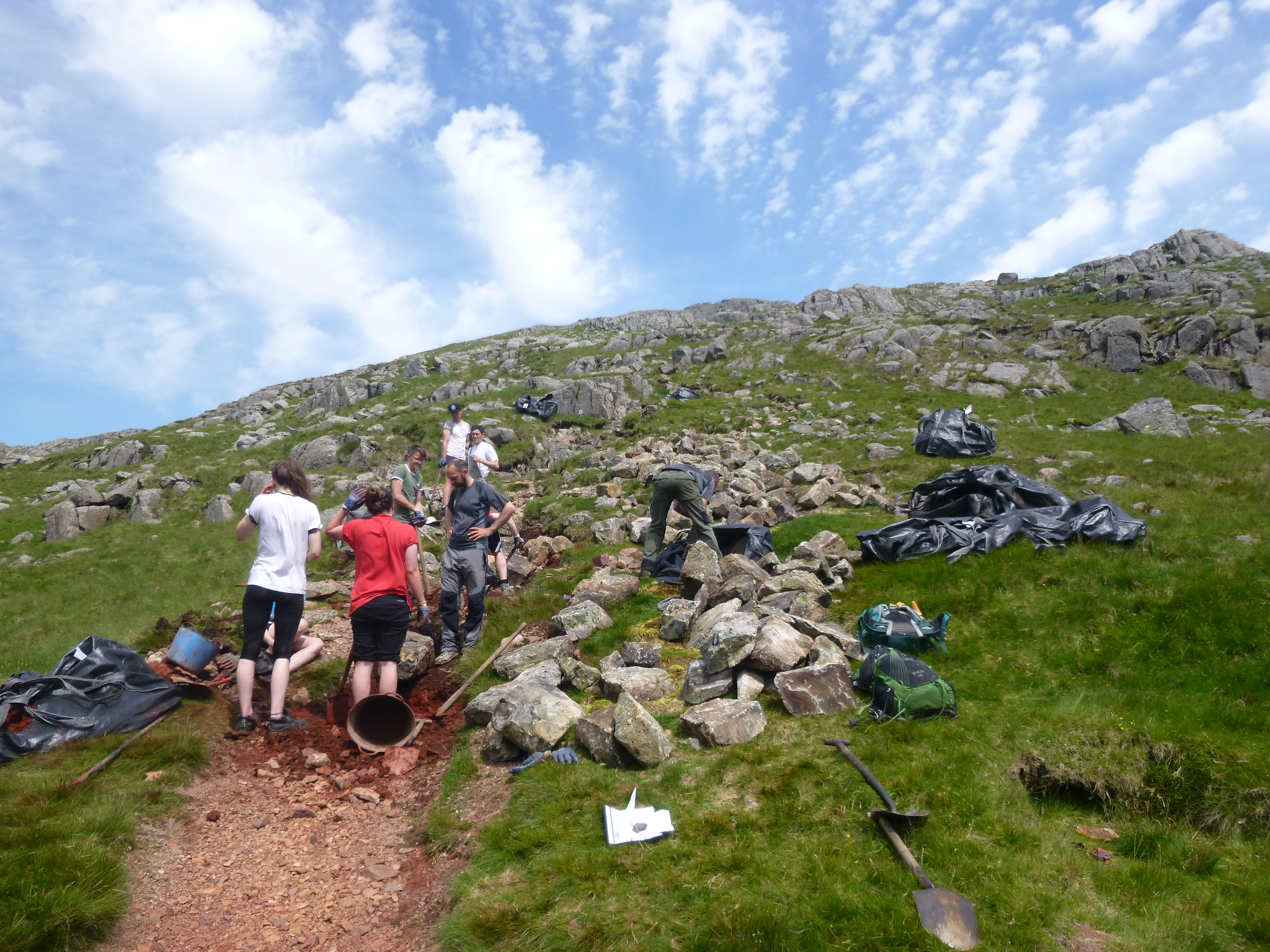 2017 marks the 10th anniversary of the Fix the Fells volunteer lengthsmen scheme – a long-term programme of work to restore and maintain the eroded paths in the Lake District. In celebration of the scheme a ‘blitz weekend ‘was organised, where volunteers on mass tackle a section of footpath erosion. The work was carried out on a section of the Coast to Coast route on Tongue gill, near Grasmere, which had also received damage during the Storm Desmond floods. Fix the Fells volunteers were supported by other footpath teams throughout the country, and partnership organisations, over sixty people where present, restoring the path.  Back at Basecamp residential centre the day’s activities were followed in the evening by several speeches, pints of beer, and hog roast butties. 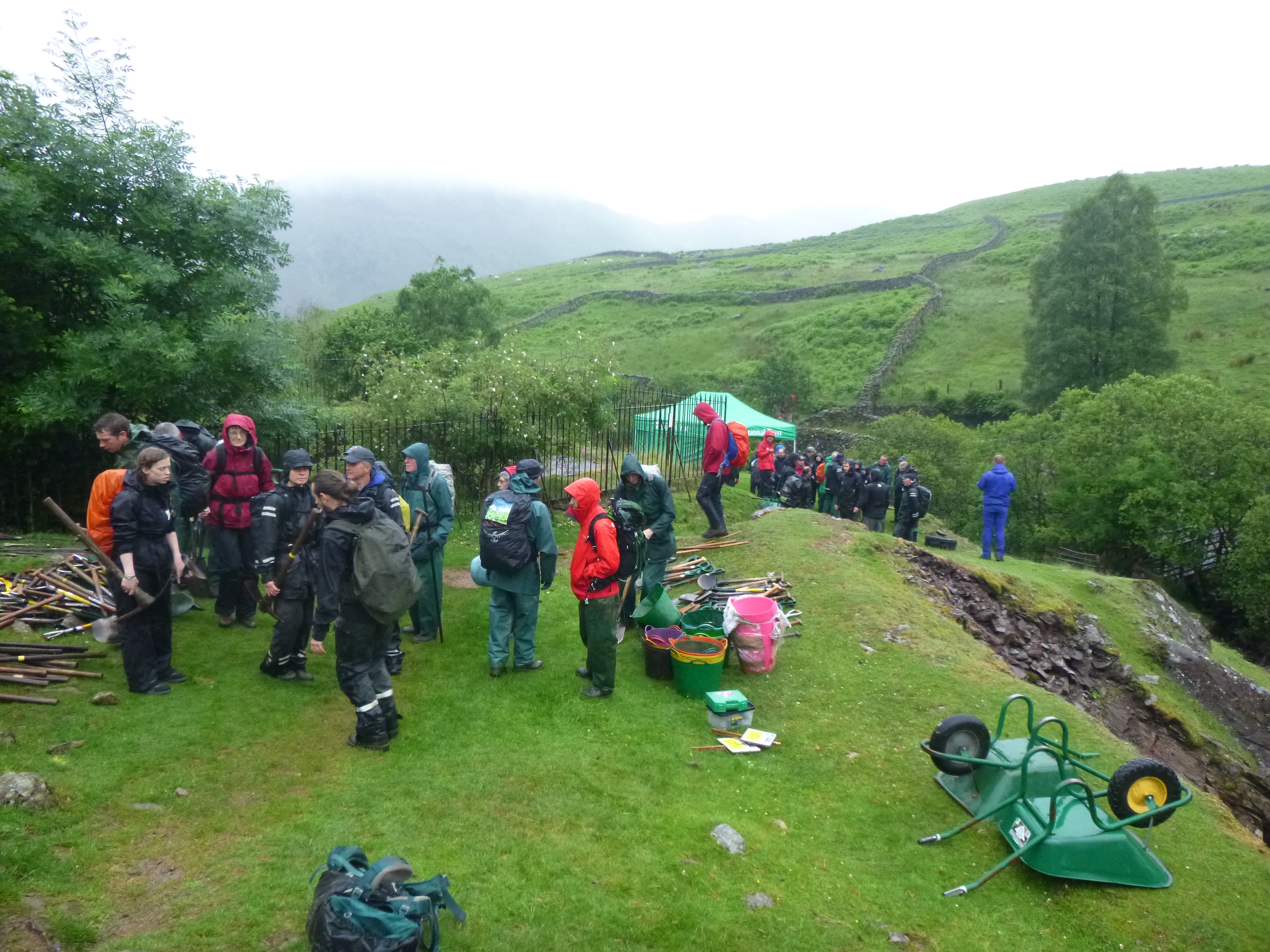 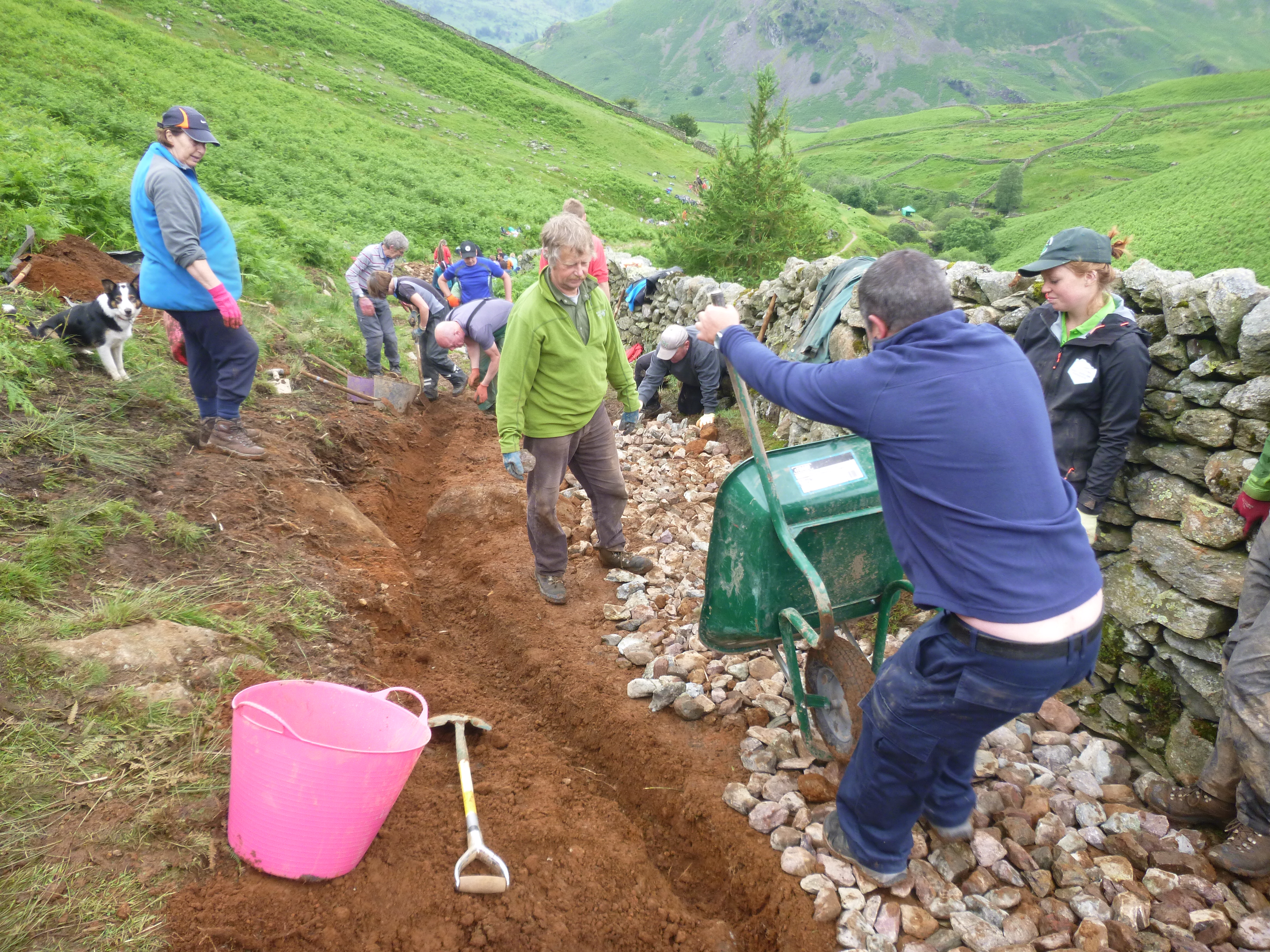 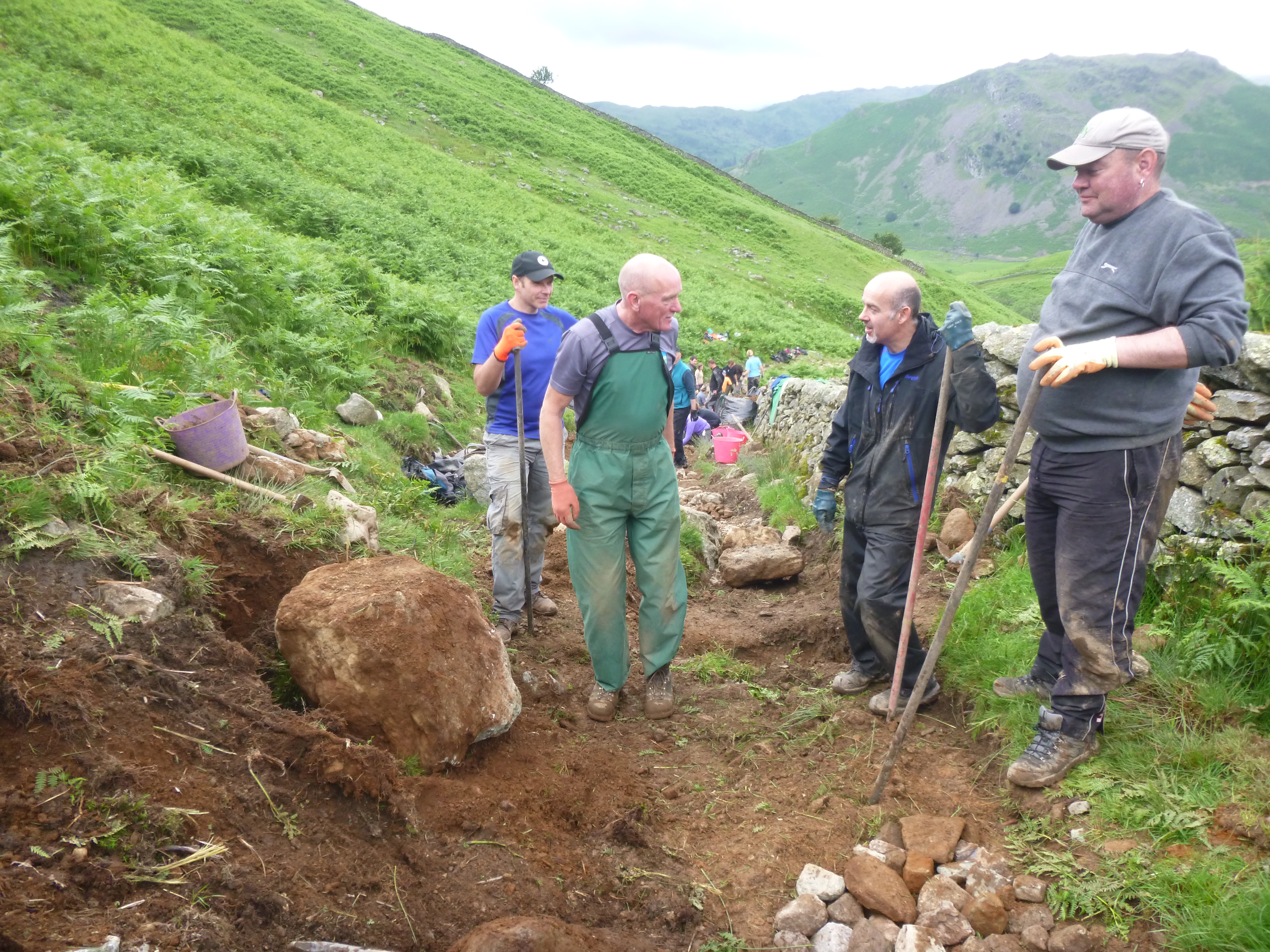 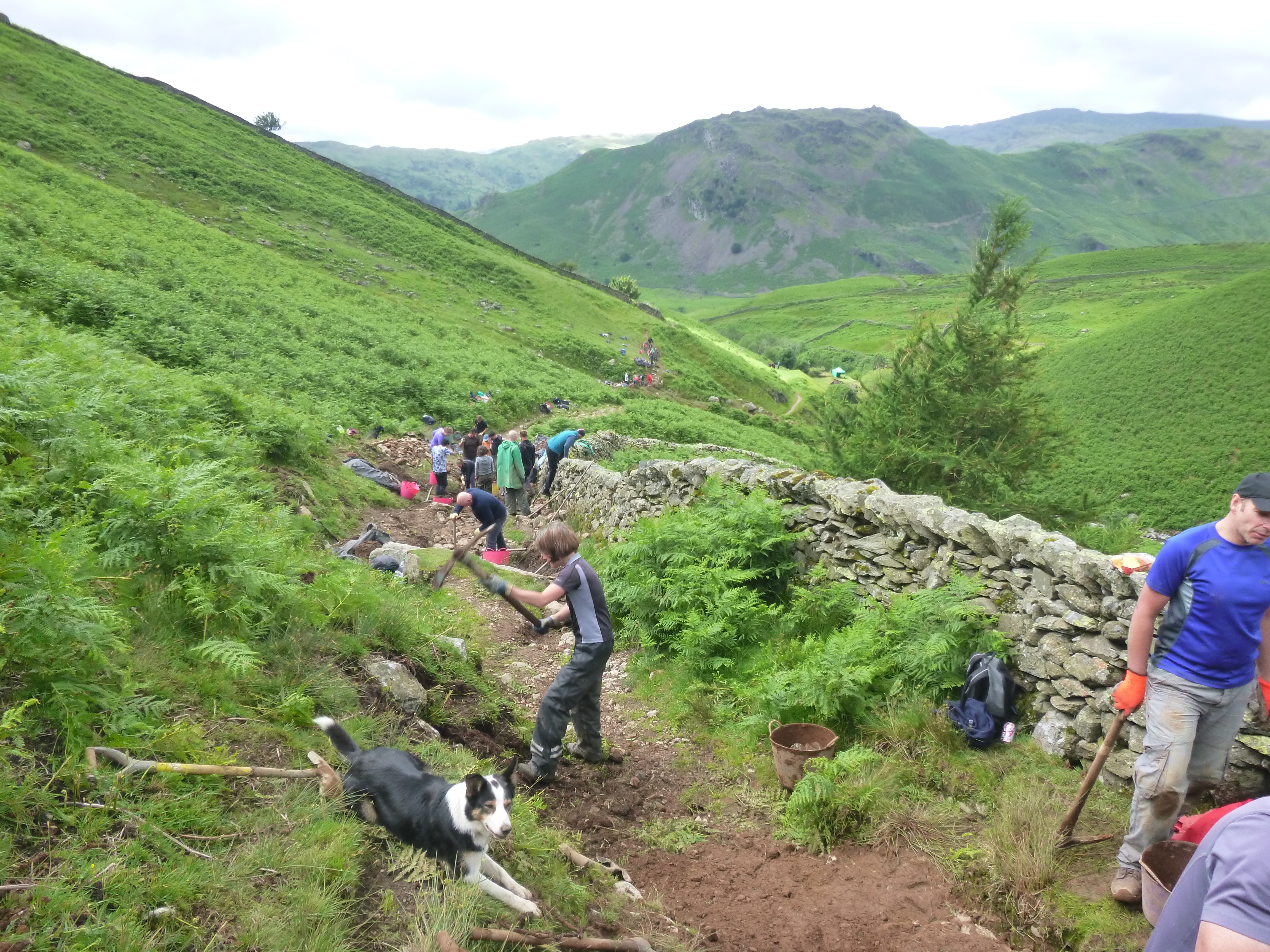