Our Central and Eastern Lake District Footpath Team are working alongside the South Lakes team on the Boredale Hause footpath that suffered severe storm damaged a couple of years ago. The rangers have provided this insight in to their work during this year’s season on the fell.

Last year we completed work on the bridleway that leads up to Boredale and now in the second year of the project we’re working on the footpath that runs parallel to, and just below, the bridleway. 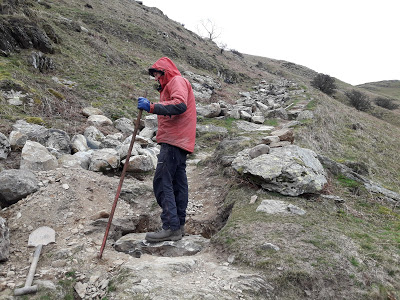 Starting work midway up the footpath 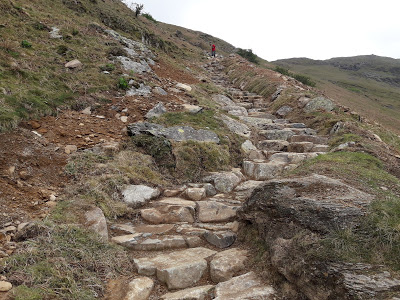 We started midway up the footpath with the South Lakes team working on a section of path further down the hill. 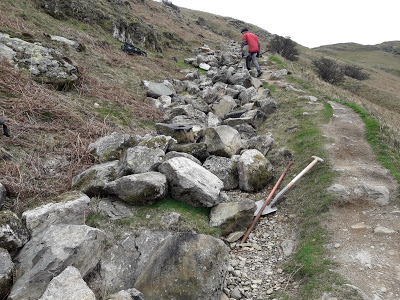 Stone on site and ready for work 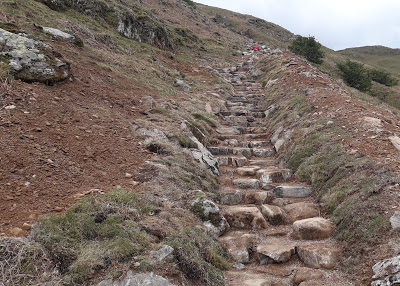 As usual each team member worked on approximately a ten metre stretch and when completed leapfrogged over the person above them to advance further up the path. 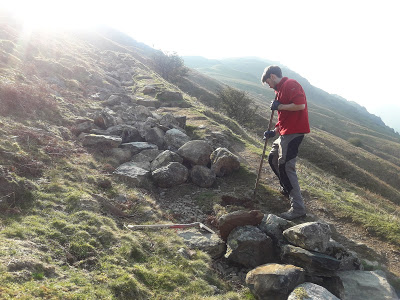 Starting work on another section 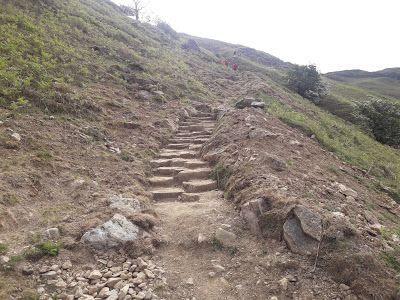 The lower sections of the footpath were surprisingly easy digging for a change so we advanced fairly quickly. 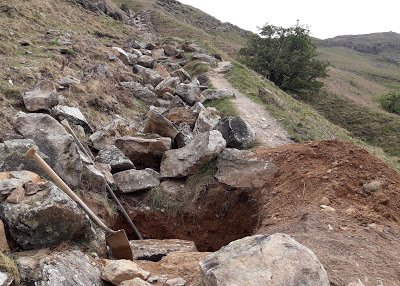 Work begins on a new section 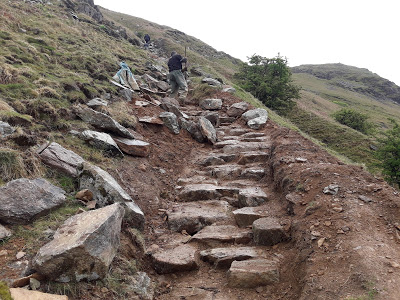 Getting further up the path 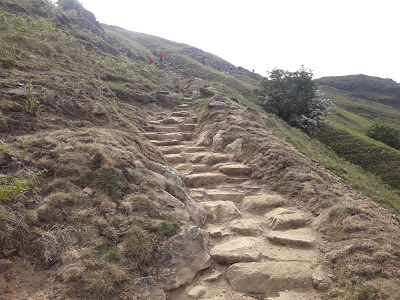 As we got higher up the path we started to hit more bedrock, rubble and solid ground which has hindered progress a little but we’re still making good headway. We’re hoping that in two or three weeks we’ll have the rest of the footpath completed and landscaped. 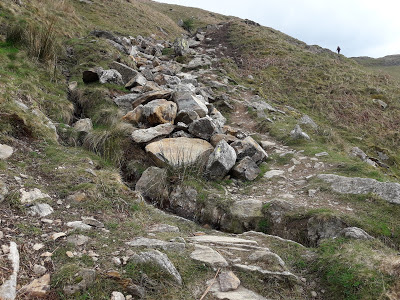 Pile of rock ready to be dug in 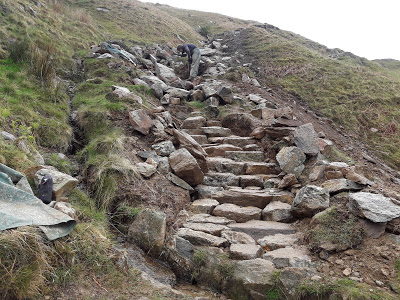 Advancing up the path 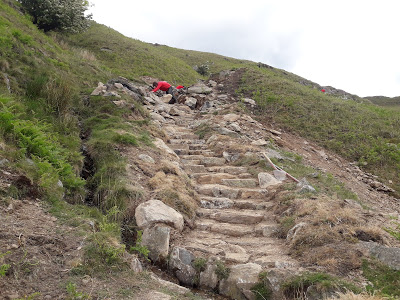 Another completed section of footpath

We’ve had a fair amount of dry weather since starting work in early April so a lot of the turfs are a little parched and the grass seed is taking it’s time to grow but the recent rain we’ve had should hopefully help remedy things.