Yewbarrow is one of the most iconic fells in Wasdale. An erosion scar had formed on Yewbarrow Nose, on the south west ridge from Overbeck, forming a loose scree slope where once there was a narrow path.

Our rangers in the west, Steve, Iain, Rob and Barry, led this project with help from the South lakes team and our volunteers.

The work involved stabilising parts of the scree area to prevent the erosion from getting worse and stone-pitching parts of the path to provide a good walking surface and creating better drainage. This work will give a chance for the surrounding scree to revegetate, which in turn will further help to stabilise the area.

On the Stirrup Crag side, the path to the foot of the main scramble was defined more to try and encourage people to keep to the bedrock and to prevent more scree forming. The work we have done here was purely visual so most people will not notice we have been there.

Reducing soil erosion will also reduce the impact on the water quality of Wastwater and the valley’s river network.

The work was not without problems however. After an intense period of landscaping work, a few days of torrential rain washed a lot of the work away. The team persevered however and completed it on time.

The rangers spent most of the summer months working on this project (around 200 man days in total). Over 100 bags of stone were flown in by helicopter from further round the ridge. These had been filled up by the rangers and volunteers early in 2013. Volunteers spent many days supporting this project, including a three day working weekend.

The work in total cost £30,930, with Friends of the Lake District contributing £7,000 from their Environment Grant to cover the cost of the helicopter lifts. 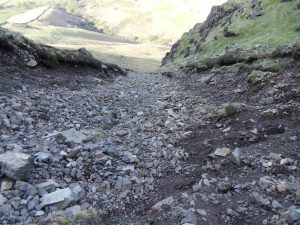 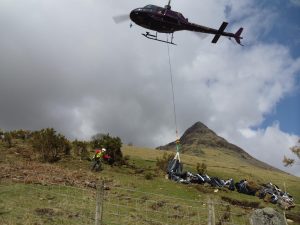 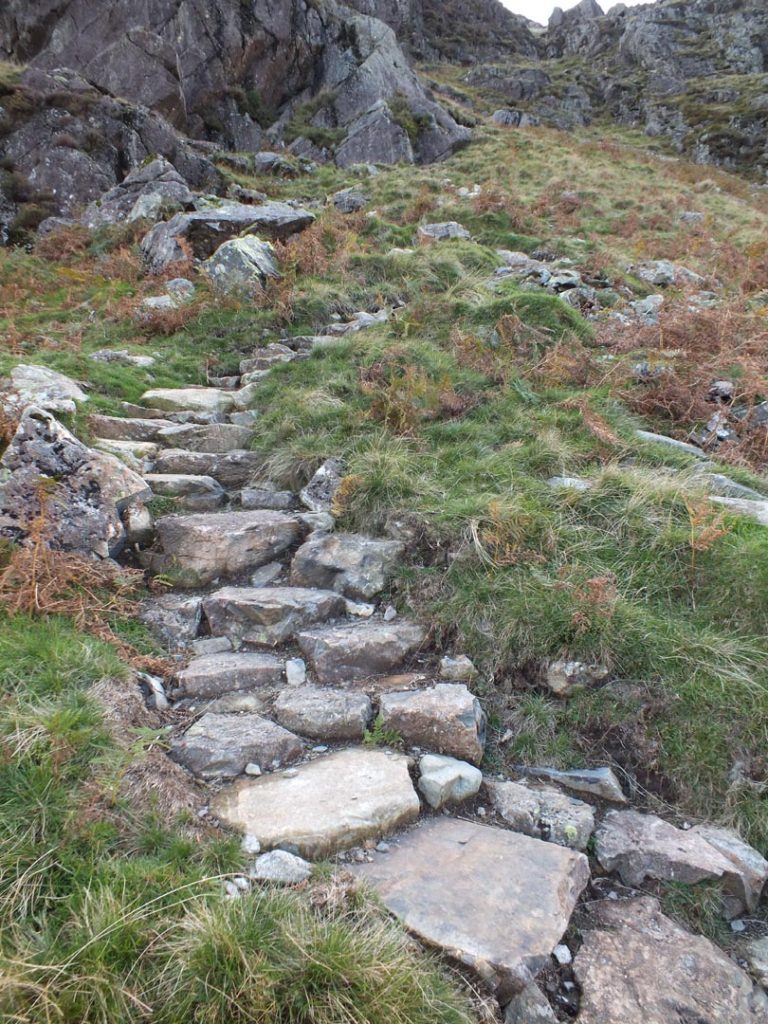